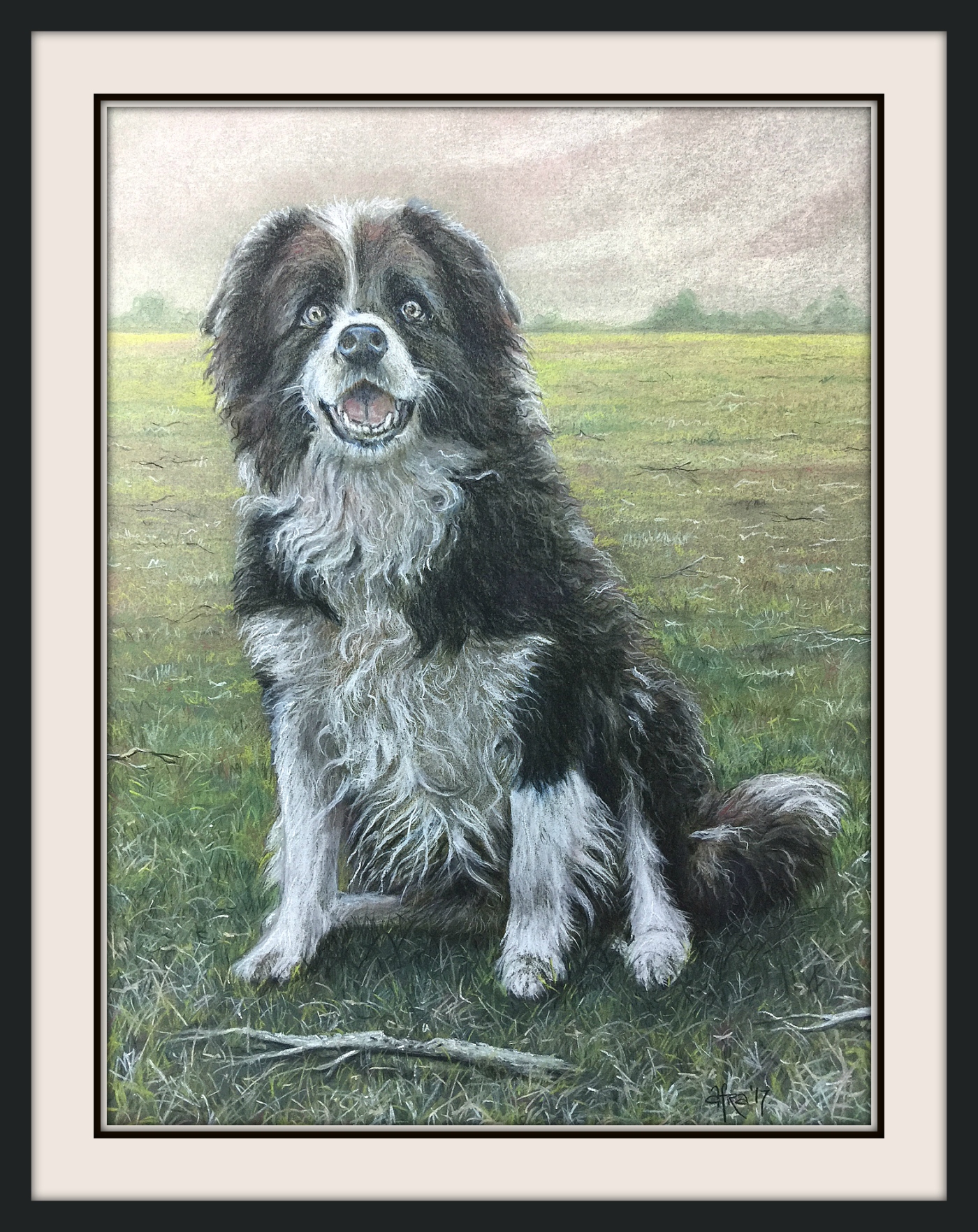 It seems that lots of pets I know are called Bear.

I have a black cat called Bear, I know two other dogs called Bear besides this one – they all have something in common – they’re very shaggy or woolly and generally mostly black.

This particular Bear belongs to a man who lives near where I work and when I met Bear for the first time, I knew he would be my next portrait.   He is such a charmer!

He’s a much loved family member – no reference to ‘mere animal’ please!   As far as his owner is concerned Bear is human and subsequently treated very well.   Bear obviously realises this and happily sat and ‘smiled’ for the camera when I took a series of photos.

The rest is history.   I didn’t know whether to copy the background Bear had in the photo which I didn’t like – a rather large rear end of a four-wheel drive dominated top right corner – or add in an enigmatic one – I ended up with enigmatic.    Hope it doesn’t look too twee.   I’m thinking however upon reflection I might add in the amazing view Bear enjoys out the back of his home – down into the valley below.   So don’t be surprised if the background changes.

Bear loves bringing twigs and branches home – his favourite toys are bits of wood, so Bear has a semi-chewed example in front of him in the painting.

I’ve posted my paintings to share with you – some of them are for sale too.

I hope you like them and are inspired to have a portrait painted  of your own special animal or human.

I paint mainly in two media – pastel which is always framed with mats and glass, and acrylic which doesn’t need to be framed if the canvas has a wide edge.   Acrylics can be framed however if preferred.

I also paint in oil for extra special commissions but oil is more expensive and takes longer to dry and be fully ready for shipping so a longer lead time is necessary.