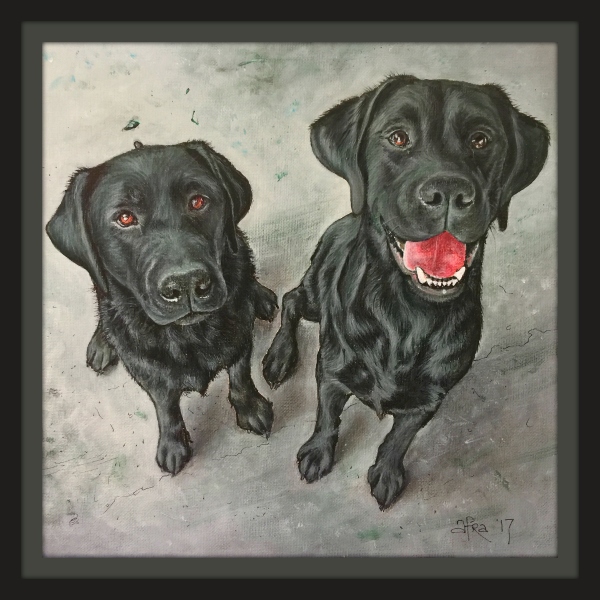 I was invited to support the Guide Dogs stand at the last Dog Lovers Show at the Brisbane Showgrounds back in November and provided an animal portrait prize as the major fundraiser for them.   A lovely lady called Claire contacted me a week later to say she had won the prize and was very excited about what it might mean.   She lives in the northern suburbs of Brisbane and at my request sent through a number of photos for my consideration.

The prize was for a picture of one animal of the winner’s choice but Claire has two beautiful black Labradors – one is around 2 years old and the other is an almost grown up puppy.   She couldn’t decide and neither could I, so I’ve gifted her with a picture of both.

I used two photos to come up with the picture attached – I hope she likes it.

Black Labs are flavour of the month it seems – I am starting another one soon.